E2EVC  is a non-commercial, virtualisation community event. Its 13 year on-going mission, to bring the best virtualisation experts together to exchange knowledge and to establish new connections. To boldly cram presentations, Master Classes and discussions into one weekend, bringing together virtualisation vendors, product teams and independent experts with those IT admins, managers and consultants out in the field.

Started in 2003 with just 4 people, back in the day it was called Pubforum. It has grown, all be it still keeping its core desire to encourage networking and building relationships.

The latest conference in Rome was two and a bit days of presentations, group discussions and networking with attendees from over 20 countries from Austria to USA bringing together over 150 attendees who rode, more or less close, into Rome on the inside of Jumbos, then mooched around a bit waiting for the shuttle service, to go on to conquer understanding of EUC focused virtualization today. Plus, get a chance to confer with those who are Atlantis Community Experts, Citrix CTPs, Citrix CTAs, Microsoft MVPs, Nutanix Technology Champions, NVIDIA Community Advisors, VMware vExperts and get to have a first in with Parallels Product Expert Program.

What is the content like? You can review what the agenda was for E2EVC Rome 2016 here. Here are previous presentations available on the conference site's YouTube channel from years of previous events.

Watched them and done?

How did EIIEVC Rome fit together? What stood out? Is there room for improvement? And if it was good, when is the next one?

Two days of presentations covering topics from Workspace Automation, through honing Application Troubleshooting Skills, to understanding how Companies get hacked, via an insight into Netscaler Containers. It's an impressive mix. E2EVC is an independent conference that brings possibly the greatest concentration of recognised technology experts together professionally and socially. I've heard many people say that sounds awesome. Of course. Why would it not? As I've mentioned before - this is the one conference where I book up for the next one, more or less when I get back from the previous one. I am not the only one who does this. 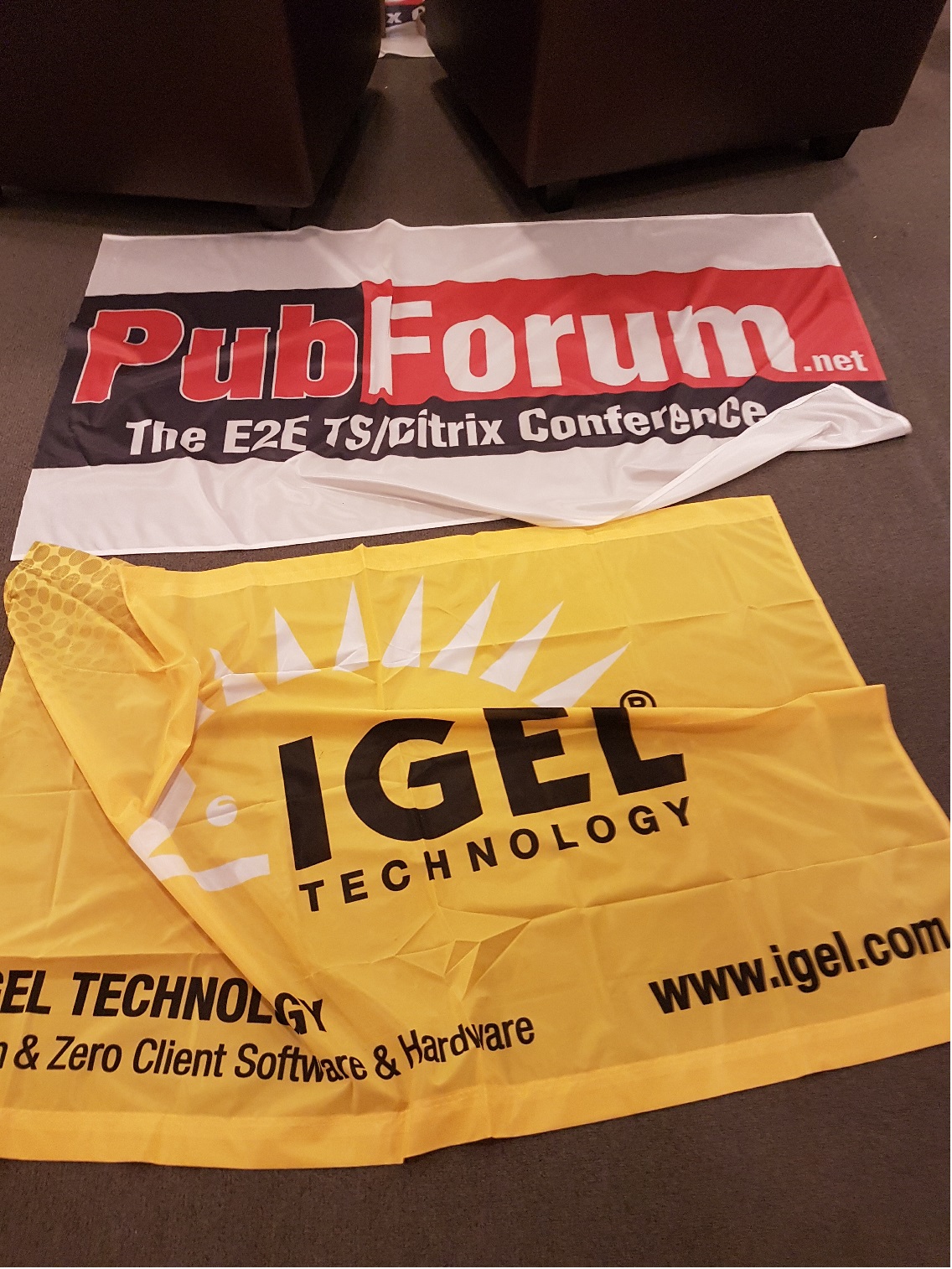 As ever, while it is splendid to meet old friends, there were a number of new faces and new presenters: which contributes to the event's success. At the last E2EVC Rome event, I pondered if the proposed US versions would grow and continue - and they're doing well, to be complimented next year by sessions in Australia and Japan. So it's er... good to know I was right :?

So, what is an E2EVC conference like? How technical was the technical content? Could you get wi-fi and at least answer some emails in a break? What makes this the type of event that convinces people to give up their family time, travel around the globe on their own expense and pay high beer prices for?

Time Flies by When You're The Driver of a Train

I commented back in 2013 on the previous Rome event. The event has grown since then. Shuttle service is well used, and not only is practically worthy of some sort of Safety Standard Award, is a great way of meeting people before the event: I'd always recommend it, especially if its your first time attending. Friday evening meal at this event one one of the best - thanks to NVIDIA for sponsoring.  Sessions more or less started on time, sessions more or less stayed to schedule. What I was impressed to see is the range of presenters, topics and viewpoints. This is all the more impressive as its a small team that puts these events together, and delivers them - which helps keeps the costs low (and hence the entry fee).

As then, I'd like an option of having an app associated with the event so that the sessions and contacts can be sync'd and there's an opportunity for further interaction through  the app and beyond, now I'm almost sure that's coming - and know its being thought about. 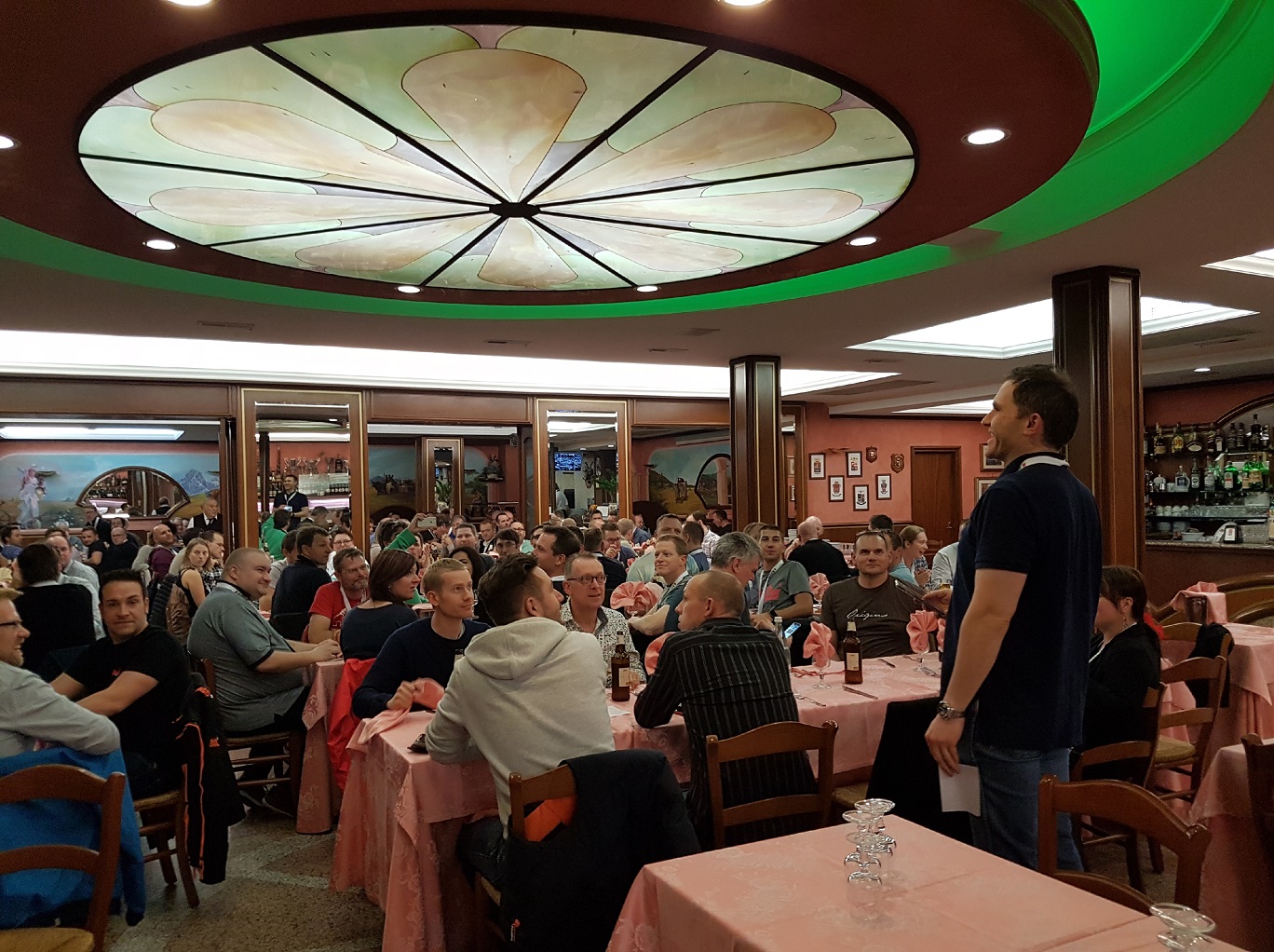 Vendor sponsorship is always key to events like E2EVC.  Good to see SMS Passcode innovating on their  regular Friday night slot. Back in 2013, Control Up were the new monitoring kids on the block, three years on interesting to hear how they've collated and analyised the performance metrics they're seeing and making that available to feedback. While then in 2013 it was AMD, in 2016 it was NVIDIA: I'm sure the AMD guys are enjoying the competition.

I think all the vendors would've had a great deal of 1-1 time given the communal nature of E2EVC, and hopefully some of them would've useful insight into refocusing marketing content to a more technical focus. 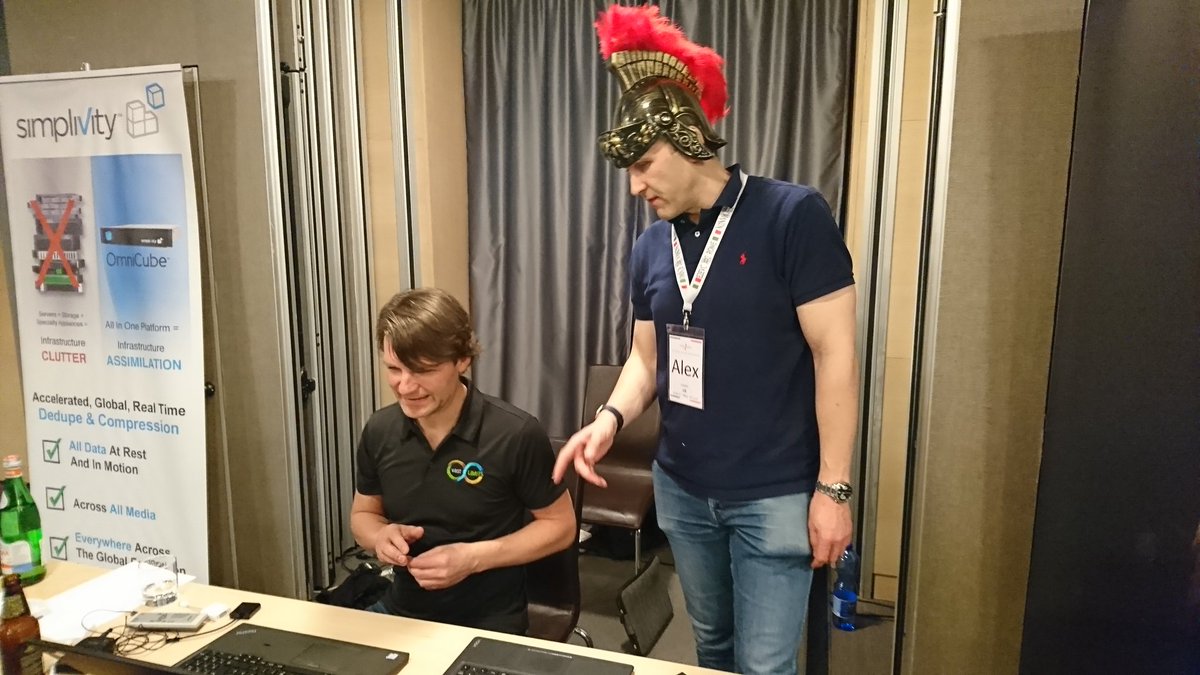 If I had to pick three most useful sessions for me, those on the meniscus top of a grappling technical pile would be, in no particular order:

Edwin Houben and Henry Heres' Netscaler and Containers (not the garbage kind) - there's a exponential growth in the capability of containers, rather than VMs, to allow webscale application delivery, reduce the complexity of delivering new services and blur the boundaries of on- and off-premises service use. Citrix recently dipped their toes into this with XenServer support for Containers and NetScaler CPX. In this cutting edge session, Edwin and Henry talked through their experiences of actually setting up and doing based on the documentation of new software: which always offers fun and exciting opportunities for whiling away the small hours productively. Well presented and informative: look forward to future sessions from these guys.

Emily Apsey's UX Best Practices for Virtual Desktops  - Part 1 - as part of the NVIDIA performance engineering team, Emily focuses on software performance. I'm not entirely sure if this was a sponsor session, but if it was, this is how they all should be - deep enough that you have to slow your ascent on the way up. Won't admit to understanding all of it, exciting to see this sort of content on day 1. A great first E2EVC presentation, and I hope to see (and understand) more content like that in the future.

Ruben Giaccotto - Chromebooks in the Enterprise Around Synergy time, Citrix announced their support for Raspberry Pi as a low-cost thin client. What I found interesting is that, while a cool project, a useful push to perhaps goad Thin Client makers in reducing prices in addition to getting the Linux Receiver up to speed what I found more prevalent in larger EUC refreshes and "reimagining" was the use of SaaS to deliver the majority of applications, mixed with some Citrix XenApp/Desktop for "legacy/specialist" apps combined with a push to use Chromebooks. Popular in education, popular with corporates. Good range of devices - or with core capabilities (cameras, USB, wi-fi) but with an inherently mobile feel as it was a laptop/netbook (can we still use that term) form factor. Granted utterly f*cking useless without a network connection - but then with the mix of apps; anything would be. This was an insightful presentation into the practical deployment of such a service - management costs, comparison of receiver versions, where it works well (app usage), where it has some way to go (2 factor auth, multi-monitor, Lync). Well worth the early Sunday wake up.

Honourable mentions to Warren Simondson for making the journey and his insight. To Esther Barthel who (iirc) Rome last time was her first time presentation and now she's an award winning presenter and a published author (an example of what can happen to E2EVC presenters). To Shaun Ritchie for his reservedness during some impressive live-demo-fail situations. To Timm Brochhaus for excellent ideas and support for a European Citrix User group meet up that didn't just include "going on a boat". And finally, for Remko and Geert for what is acclaimed to be a most excellent session on security that I hope to catch up on in the future.

To all those who have since connected via LinkedIn; I hope we can make something useful happen.

Of course a mention to every other attendee who I said hi to: good to meet you, hope to meet you again. You owe me a drink/thanks for the drink (delete as applicable) 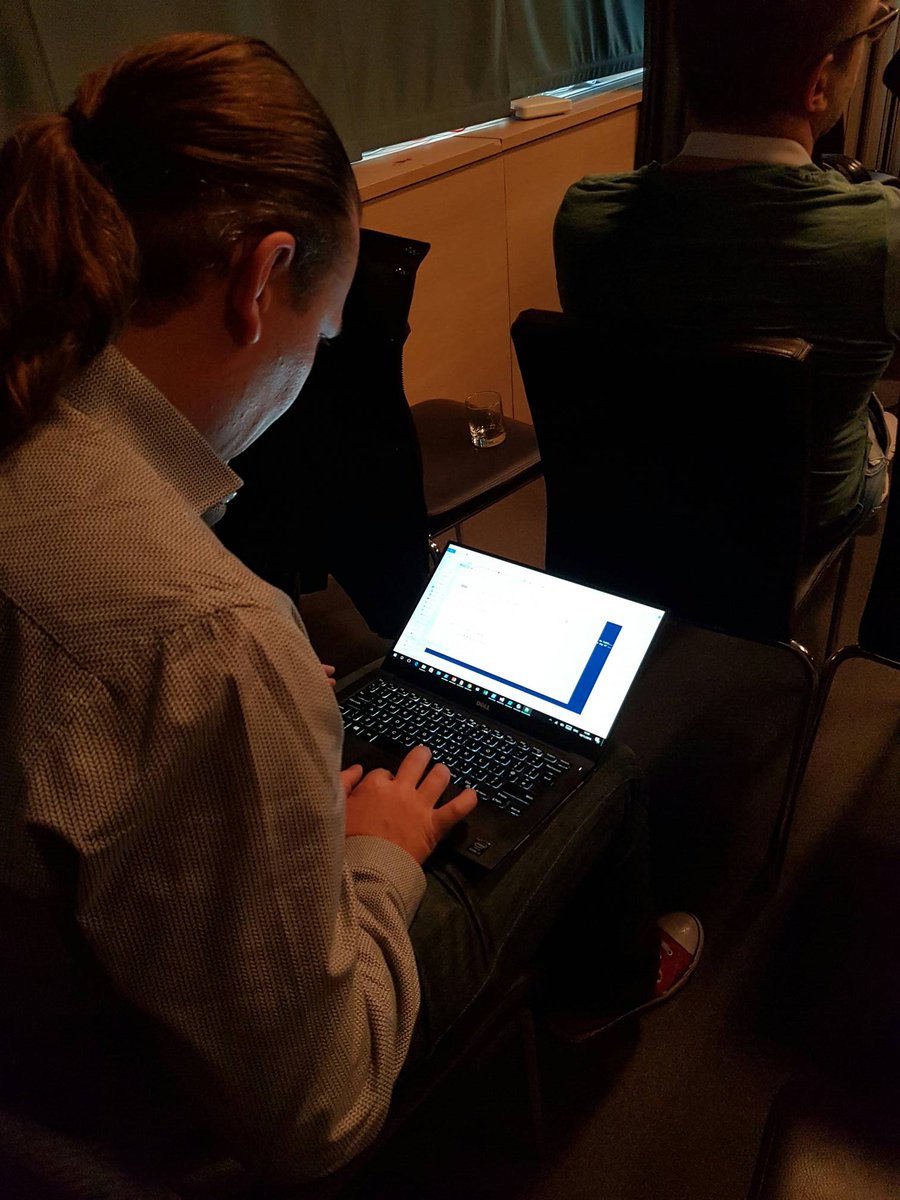 Conference wise, as-ever not being able to go to two sessions at the same time. Being in and out of day one because Container's Aren't Always Fun and Easy.

While I liked the return of the keynote having a "meet people" - I really think there should be a "to win a prize" return.

I think I missed the group photo :(

Why don't I just save money and wait for the videos?...

If you skipped straight here...shame on you.

You can watch the videos, but it's the chance to take part in the sessions, meet the speakers, present, interact with the other attendees, and even experience Alex's driving that make it best to experience an E2EVC conference in-person.

What I really enjoy about this conference brand, is its inclusion, core concept of networking, sense of community. There are always people cannot attend as a weekend format undoubtedly impacts on family time. Still, the E2EVC conference has developed an overlapping core of attendees that drives the whole event and that core understands the ethos, welcomes it, encourages it. New attendees can find themselves having a beer with a blogger they've always followed, out to dinner sat next to a product manager, sharing a beer with a person they had a conversation with on Twitter.

It doesn't rely on forums, but on personal connection. Old school interaction.

E2EVC is a best of breed community conference on virtualization format, and worthy of your time to attend.

Hope to see you at one in the future.