Windows 10 is here. You've likely all clicked the free upgrade option after checking that your hardware supports the updated OS and it will download magically from "the cloud" and you can enjoy absolute security, your children will grow up in a better place, and you'll get far more work done as now Solitaire isn't free.

But "the cloud" is a fuzzy place. In the past, Microsoft invested heavily in its own Windows Update servers to serve patches and the like to home and business users. This is costly for Microsoft, and cumbersome for users - home users especially: even on the same home network, each PC would have to connect to Windows Update and download the individual files separately. Depending on where you are in relation to where the update servers are - this can be a slow process (I was in Spain recently, looking at updating a laptop: 2 days to go through the Windows update process).

Windows 10 has a new peer-to-peer (P2P) delivery update mechanism. Using the P2P option, you could download a Windows update once, then use that machine to spread the update to all the PCs on your local network.

But what is the cost of that new free efficiency enabling service?

Windows 10 P2P - When your Free lunch devours your bandwidth

I travel a lot: while travelling I often share my phone's data to sync email, browse the web ..do on-line stuff because it is more cost effective to use data I already have rather than pay again for wi-fi services.

To do this, I connect via wi-fi so my Windows 10 device thinks it is on "The Internets".  I had noticed a spike in data use recently, and remote access was often more cumbersome and laggy than it had been before.

Looking at the bandwidth usage (with services such as Dropbox and Sharefile disabled) I saw this: 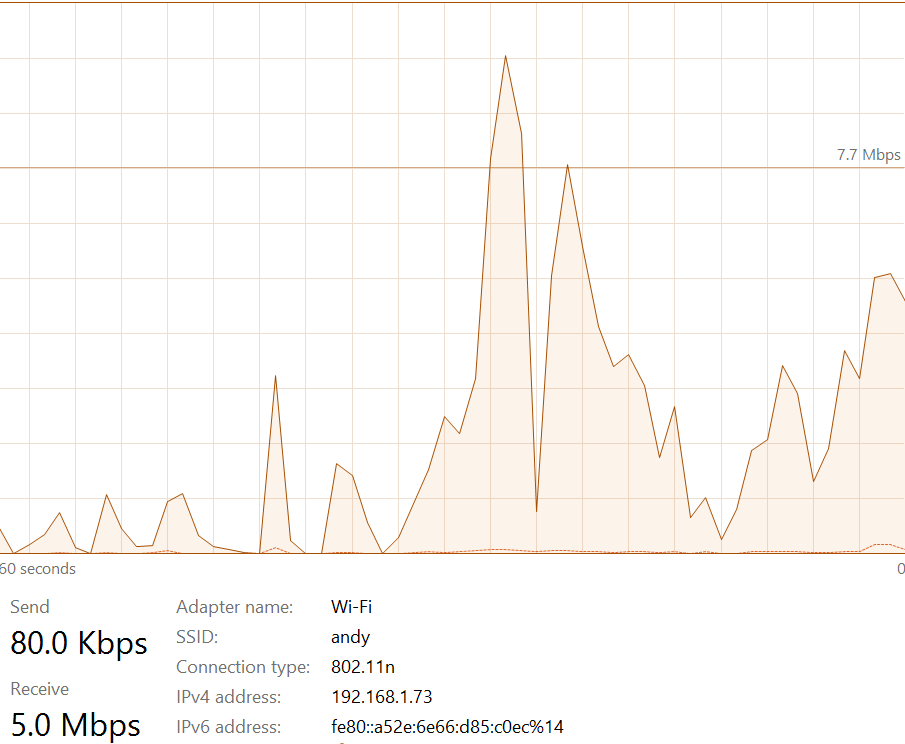 Over a short period of time I'm receiving and sending a whole host of data out as I contribute to a P2P network. This would be dandy on my unlimited home broadband; but is a significant pain if you're on a capped data download - because now I've no obvious control over when I will send or receive updates to share via this P2P link.

Being Parsimonious with Peer-to-Peer on Windows 10

You can turn off Windows 10 P2P functionality: for example, here is a simple guide on How to stop Windows 10 from using your PC's bandwidth to update strangers' systems.

Granted, this wasn't an extensive test with lots of bandwidth and data measurements. However, if you're enabling Windows 10 be aware that this feature is enabled by default.

Undoubtedly this is relieving the pressure on Microsoft's Windows Update Servers as Redmond looks to push out Windows 10 to all those who have asked for it. This feature both increases the facility to download quickly and at the same time reduce demand (and cost) on their servers and the networks to them. But all those downloads have to go somewhere - and by default that somewhere is you.

There is (currently) no function to limit bandwidth resource and/or data resource within this function: it is on...  or it is off. If you know different then I'd love to hear from you. Like Windows 8, Windows 10 has a Metered Internet Connection feature: and I should have enabled that for my wi-fi. However, wi-fi connections aren't metered and you can't meter LAN connections.

I'd say any feature such as this may well be valuable for some people, but data sharing should most definitely be "off" by default, with the option to opt in rather than find out, and then have to dig relatively deep to opt out. Would perhaps be useful to have the "meter this wifi connection" as an option during the wifi connection process.

My recommendation, until Microsoft provide a method of limiting and controlling data and bandwidth consumption for this feature, make sure you disable it.